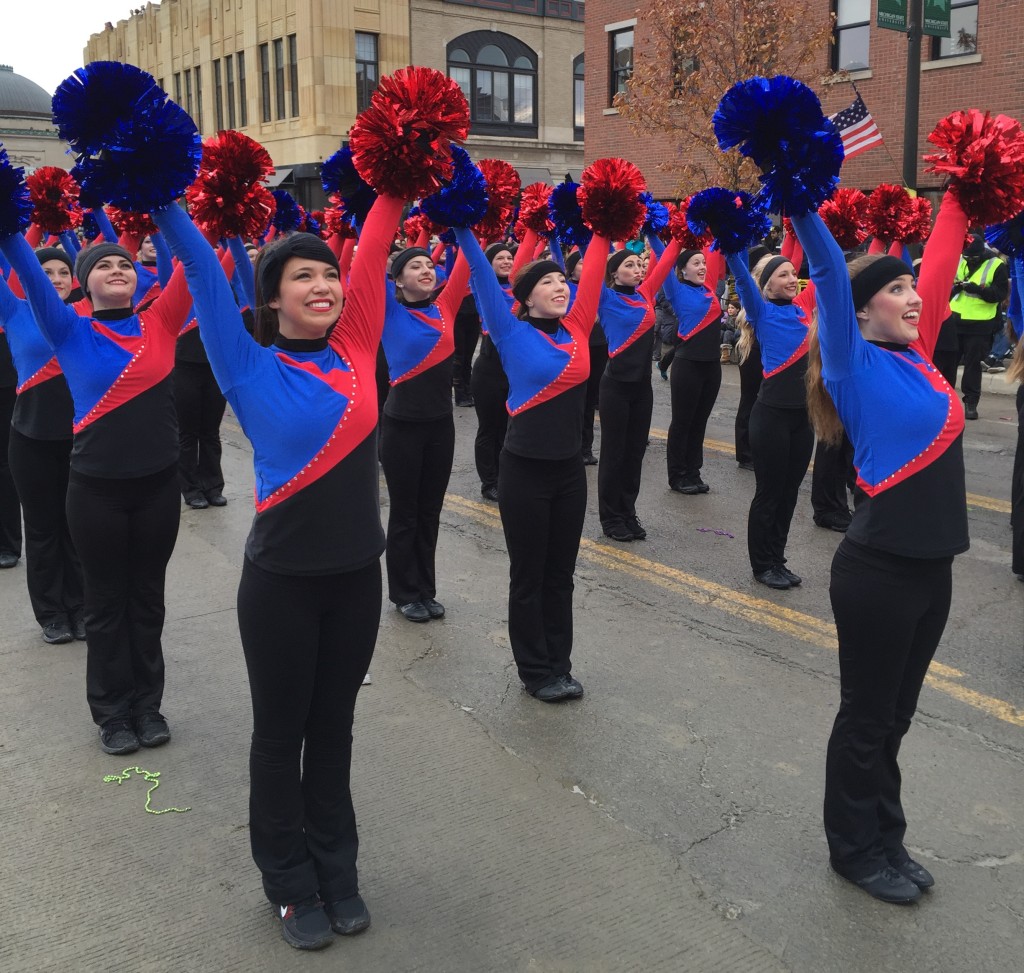 The Mid American All Star Team was created by Karen Blazaitis in 1986 to provide members of pompon and dance teams from high schools throughout Michigan the opportunity to showcase their skills in a noncompetitive environment. The intention was to help performers gain exposure and positive creditability in the sports and performance world, both locally and nationally. The team is under the direction of Julie Hobbs-Julian, and is operated out of the Farmington Hills, Michigan offices of Mid American Pompon, Studio and Fitness.”

The Mid American Pompon All Star Team is nationally recognized for past performances in Presidential Inaugural parades; Orange, Gator, and Citrus Bowl Halftime Shows, and Summer Olympic performances, the All Star team is just that, Pompon All Stars.

Becoming an All Star

Try-outs are held at Mid American Summer camps only, and are open to Varsity team members, 9-12th grade. Applicants are required to wear black bottoms and a white top for their audition. Applications and fees should not be mailed into Mid American Pompon please turn them in at Summer Camp.

As a nationally recognized leader in pom and dance instruction, Mid American Pompon has quite the resume for it’s All Star Team, with amazing past performances, many that the team is still annually invited back for.